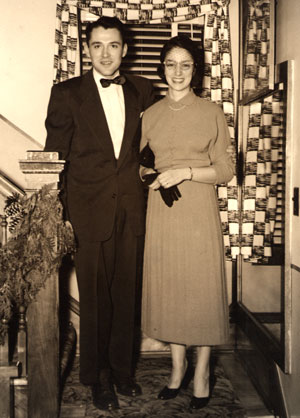 My grandparents grew up during the Great Depression. "Work hard," "Live below your means," and "Save your money" were all mantras taught to them at a young age.

Both became teachers and dedicated their professional careers to educating the next generation of Americans. My grandma taught Latin and English, while my grandpa taught business.

Thanks to a focus on living below their means, they were able to save more money than they earned each year. By the time they reached their late 30s, they decided to hire a financial advisor to help them plan and save for retirement.

What they didn't understand was that unlike doctors and lawyers, financial advisors can wear different regulatory hats. Depending on the hat, the obligation to my grandparents could be completely different.

In the case of my grandparents, they chose a dually-registered financial advisor, which meant the advisor practiced as both a fiduciary (like a doctor or lawyer) and as a broker (salesperson).

Brokers can be incentivized to recommend financial products that earn them a commission. As a broker, the law stated that as long as investments were "suitable" for the client at the time of sale, then they were legally okay.


Holiday Bonuses... For the Advisor

Unfortunately, their financial advisor charged high fees. Also, around the holidays each year, he would rotate portions of their portfolio into different loaded mutual funds (earning him a sales commission).

So, at the expense of their future retirement (which became a re-occurring tradition), their financial advisor gifted himself with a nice year-end bonus.

The catch? The transactions were all legal because even though the mutual funds weren't the lowest cost (some yielded sales commissions as high as 5%), they were still "suitable" at the time of the transaction.

Ultimately, my grandparents ended up spending well over $100,000 on excessive fees alone, working with a financial advisor they thought they could trust.

The whole ordeal left me baffled.

Why aren't financial advisors legally obligated to ALWAYS act like doctors and lawyers? Worse yet, if this happened to my grandparents, then that meant millions of other Americans were also unaware of the blatant conflicts of interest. The more I read, the more stories and factoids I uncovered.

The bottom line is that Americans lose billions of dollars to excessive fees and overly expensive financial products annually.

In fact, in 2015, the White House Council of Economic Advisers calculated the annual cost of conflicted investment advice to be about $17 billion each year.


Rating Every Financial Advisory Firm in the United States 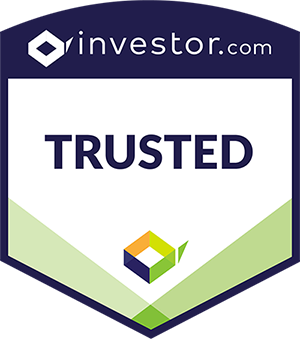 That is why our mission at investor.com is to help everyday Americans by providing an answer to the question, "Can I trust you?"

At investor.com, we've built a rating system that assesses every single financial advisory firm in the United States. We also provide regulatory reports on over 680,000 individual financial advisors.

Setup as a consumer advocacy project, at investor.com, Americans are truly put first. We do not sell banner ads on the site, nor do we sell the personal information of Americans to the highest bidder.

We've also recruited some of the brightest and most passionate individuals who share our vision for one day living in a fiduciary-first America.

As teachers, my grandparents dedicated their professional careers to educating the next generation of Americans. At investor.com, our team is committed to helping current, and future generations of Americans find a financial advisor they can truly trust.

Please support the project by spreading the word. Tell us your story, follow us on Twitter, and see how we use regulatory data to rate financial advisors.